Makeup and cosmetics are a form of self-expression. Society, however, dubbed both mainly as feminine. It sounds very familiar, doesn’t it? But, this was not always the case.

Throughout history, women and men all over the world would apply the cosmetic products of their time to conform to beauty standards. In ancient Egypt, cheek and lip pigments were popular beauty accessories. Everyone, but especially men, would enhance their eyes with black pigment to express their wealth and status; the thicker the cat-eye, the wealthier the person. Cheek pigment continued to remain popular throughout history. In the Roman Empire, face powder and hair (scalp) pigment became a trend. Documentations and paintings from the Middle Ages in Western Europe show men and women wearing face powders, red pigments on the cheek, and hair products, such as wigs. There was a time when the size of the wig and heels symbolised the wealth and status of a person. In the 20th century, makeup was mostly used by women. Men would turn to makeup for stage or on-screen performances; the “guy-liner” made its introduction. 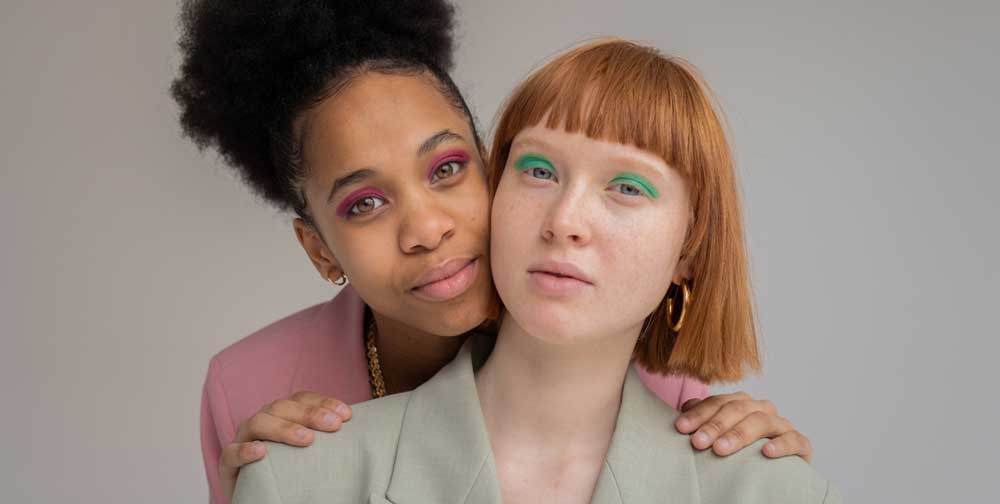 The makeup styles in Asian and Korean history show similar trends though they pursued different goals. In Korea, cosmetics emerged in many forms, dating back to before the first century. Beauty products became extremely popular in the era of the Goryeo Kingdom (928-1393). Grooming and beauty grew important. In order to conform to the contemporary beauty standard, women as well as men strived for a smooth and bright complexion in favour of appearing young and healthy. People believed that a healthy outer appearance would result in inner health as well. Cosmetics were mostly made from edible sources and stored in earthenware containers. Eyebrows and a healthy complexion were the key features. Even back then the importance of skincare was stressed, especially if one would apply makeup. Though beauty procedures have evolved throughout history, parts of this historic philosophy are still upheld.

I’m sure most of you are familiar with two of the top trending beauty and makeup styles of the past decade. Western makeup is described as ‘glam’ and known for its emphasis on: contouring; highlighting; bold eyes; strong, arched eyebrows; and full lips. Korean makeup on the other hand aims for a pure, youthful look with a bright complexion. The focus is put on: soft, straight brows; dewy, bright skin; a healthy flush; bright eyes; and lightly tinted lips. To summarise, while the Western style is bolder and aims for a mature, confident look, the Korean style is more natural and highlights youthfulness and freshness. 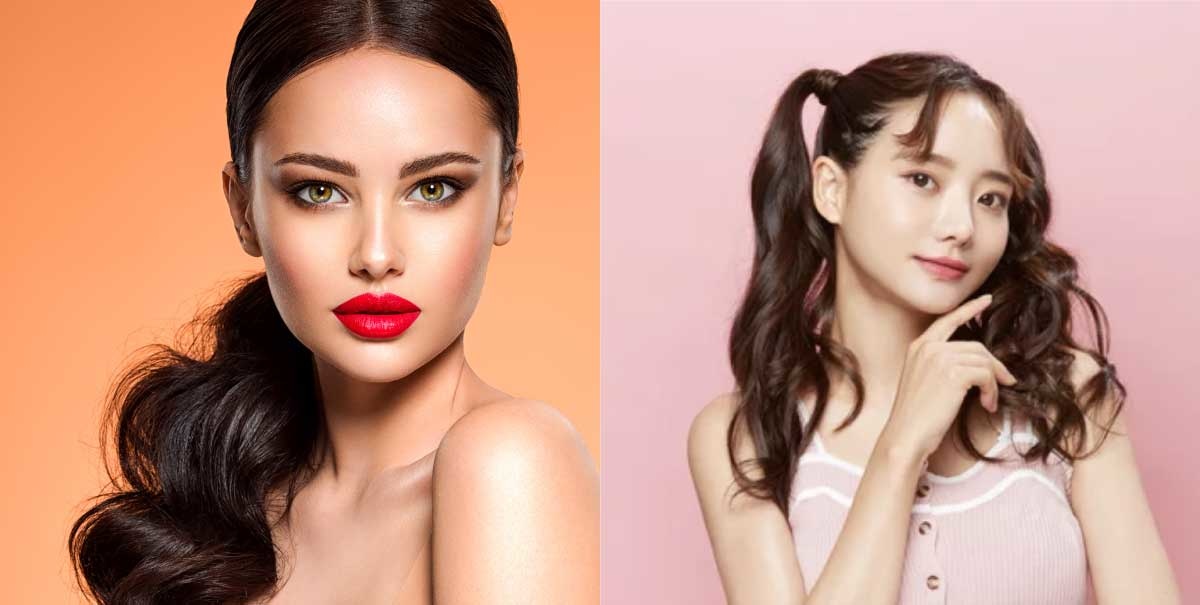 These differences in Western and Korean beauty standards are similar for men. The conventional description of the modern Western beauty standards for men is tall, muscular and handsome. Expression of confidence comes into play. In the last decade, neat grooming has become an important concept for men as well. The Korean beauty standards are mainly defined by round, large eyes, soft facial features, a slim body, and a fair, healthy complexion. However, appearance in Korean society is held to a higher standard and can be crucial in one’s private and professional life.

Of makeup and modern men

In the age of social media, platforms like Youtube, Instagram, Vine and (more recently) Tiktok enabled women and men to publicise their self-expression. The boom of female creators and influencers inspired men and non-binary people to take their creativity to the same platforms. Utilising cosmetics and makeup originally catered towards women, these influencers have been creating and teaching bold makeup looks. Some men don’t even use skincare, let alone makeup. So it almost seems like an act of activism and rebellion against gender norms and beauty standards, when anyone other than women wears makeup.

In South Korea, however, makeup is integrated into the daily routines of many men. Compared to other countries in the world, Korean men are the biggest spenders per head on cosmetics - especially skincare - and spend the most time on their skincare. It’s a common phenomenon for men to be wearing base makeup and to groom their brows to enhance their complexion. And that’s the key point, enhancing one’s complexion; a natural look, without noticing the makeup. To avoid an unnatural appearance Korean men tend to shy away from colourful eye and lip makeup.

The Korean entertainment industry has also been a big influence in the world of Korean cosmetics. Male celebrities have been chosen as faces of beauty brands even when the brand or product caters to women. The use of cosmetics and makeup by celebrities, namely K-pop idols, encouraged the general public.

People express themselves through their outer looks. The appearance shapes the first impression, someone's first opinion of you. With only one look you can tell a lot about someone. But only after getting to know that person, can you find out whether your initial image was correct or not.

Society tends to arrange most of the world in gender-specific categories. I feel like we should be way beyond gender division. Assigning things like colours, clothing, toys, careers, and makeup to specific gender roles and sticking to a binary ideal seems outdated. Especially knowing that makeup used to be a shared concept throughout history. Freedom of expression is a basic human right. Who are we to restrict this right between walls of unwritten rules?

South Korean men are ahead of the rest of the world in this aspect. Cosmetics are widely known, understood, and used. Makeup is part of the daily routine and less viewed as exclusive for women. The methods and goals of self-expression are different globally. And that is fine. The entire point is to embrace this freedom and diversity. 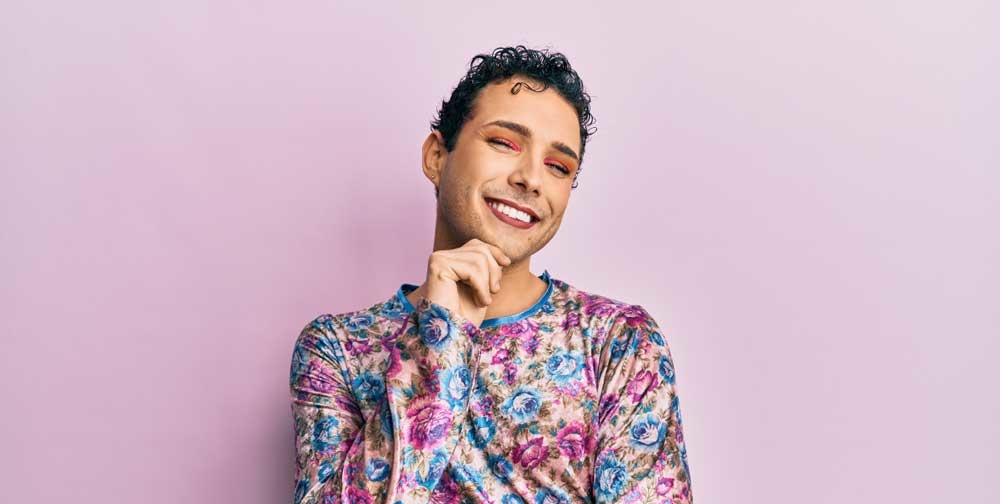 So, cleanse, nourish, protect your canvas…

Bathroom shelf or fridge: Where should I keep my cosmetics?

The skin beyond the chin: Caring for your hands, feet, and body

Is the Korean 10-step routine outdated?

Solid cosmetics: Are shampoo bars and cleansing powder the future?