Chuseok is one of Korea's important national celebrations. It's something like an equivalent to Christmas or Thanksgiving in the west, because all three of them are national celebrations that emphasize family, food and tradition. But Chuseok is certainly a unique celebration, so read on if you want to know what makes Chuseok such a special, Korean festivity!

Chuseok originated during a time that Korea was an agricultural society, and it's traditionally a harvest festival. This is the reason why Chuseok is also known als Hangawi, which means 'the 15th day of august' in Korean, according to the moon calendar.

The folklore goes that on the 15th of august, a full moon appeared in the sky, and family members joined in a celebration of their ancestors, honoring them and thanking them for the bountiful harvest. The full moon shone lighter and brighter than ever before! To this day, there is a special ceremony called Charye, in which the female family members display a selection of fresh fruit and rice on a table, as a token of gratitude towards their ancestors.

The legend of the moon rabbit

The period around Chuseok is often accompanied by images of a rabbit living on the moon. This classic image is rooted in a Buddhist legend related to Chuseok. This legend goes something like this: one day, the Heavenly Emperor disguised himself as a beggar. He encountered a monkey, a fox and a rabbit, who were studying Buddhist wisdom. The beggar asked the animals for food, so they went out to get him a meal.

The monkey brought fruit, the fox offered him fish, and the rabbit brought the beggar some grass. Because he wanted to give the beggar something more nutritious than grass, the rabbit offered himself up as a meal. The beggar/Emperor was so touched by this gesture, that he appointed the rabbit to be the honorable Guardian of the Moon! Isn't that a special story?

Chuseok and tasty Korean food go hand in hand. A common Korean dish eaten during Chuseok is called songpyeon. It's a rice cake made from fresh rice dough. The dough is kneaded into small balls, and these rice dough balls are filled with tasty ingredients like chestnuts, sesame seeds and red beans. On the night before Chuseok, it's a tradition that the whole family gathers to prepare songpyeon. Because the songpyeon are steamed over a thick layer of fresh pine needles, the whole house is filled with the lovely, fresh scent of autumn! 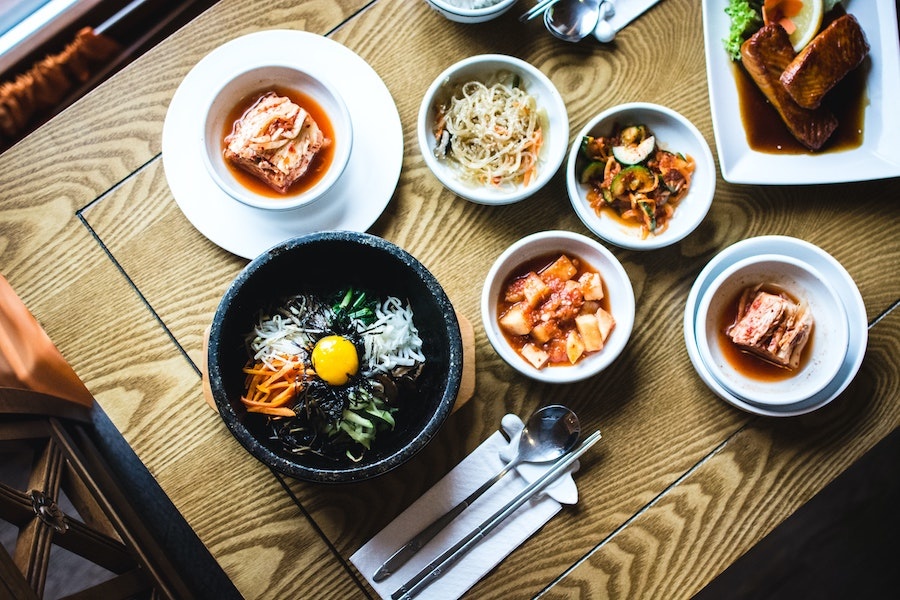 Another custom during Chuseok is to give each other presents. Not just family members, but friends and even work colleagues treat each other to gifts, showing each other their gratitude and appreciation! Because of this, stores and warehouses in Korea offer a great selection of gift sets in the period leading up to Chuseok.

In 2021, Chuseok is celebrated on the 21st of September, but the festivities always last for three days: from the 20th until the 22nd of September. And you? Are you celebrating Chuseok this year? :)

Bathroom shelf or fridge: Where should I keep my cosmetics?

The skin beyond the chin: Caring for your hands, feet, and body

Is the Korean 10-step routine outdated?

Solid cosmetics: Are shampoo bars and cleansing powder the future?